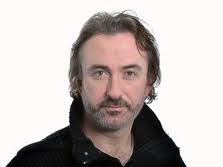 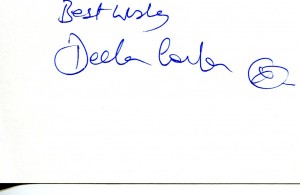 Tom Murphy’s The House opened in The Abbey Theatre on the 13th of June and will run until the 14th of July. The play debuted in the national theatre in 2000 and although revisiting its origins in one sense, a little over a decade later is now being performed for an audience with a very different perspective on emigration – a central theme of the drama. Lauren O’Toole spoke withDeclan Conlon, who assumes the role of Christie, in advance of the play’s opening.

In The House you play Christie, a returned emigrant, can you tell us a little about your character’s personal circumstances?
Christy is a working class west of Ireland man who grew up in a council house in a small town to an abusive father and a loving mother who died when he was still a small boy. She had a job working for a local well to do family, the ‘De Burcas’ and often brought him with her to the house where he was treated with love by the family, particularly the mother, mrs De Burca. He now lives in London where he makes his living in a dubious way, in the sex trade. But his ideal is the De Burca family and their house’ Woodlawn’ and every summer he returns for a holiday to the place that he considers his spiritual home.

This play is set in 1950s Ireland, when emigration was rife but immigration practically unheard of; debuted in 2000 when the opposite was the case and now, in 2012 the Irish people are once again being faced with the necessity of emigration. How has the social climate impacted on the revival of this play?
When the play debuted in 2000 there was a generation of young people to whom the the idea of emigration was nothing more than a piece of history. We were in the throes of what we now know was a bubble of supposed prosperity and so I think the play was seen as a harkening back to a world that we’d left far behind. Now, suddenly, because of the economic situation we find ourselves in, it feels much closer to our reality, but it’s our perceptions that have changed, the play, like all great works of art is what it is too big to be defined by a ‘topic’ such as emigration. It’s not a sociological tract, it’s a.complex examination of a series of characters and their desires and longings, and as such is I think universal in it’s appeal.

The topic of property is touched on in the play, not merely as commodity but rather for its sentimental value – how do you feel this will resonate in our property obsessed society?
Well I think the idea of ownership of land is a very potent one in Ireland but christy, the character that I play doesn’t want the house because it’s a status symbol or for the bricks and mortar , it’s a longing for an idealized world, a place that he associates with happiness and openness in a town where these things were in short supply. It’s the gap between our reality and the selves that we long to be, and the tension that exists between these two , that is I tqhink where the drama of the play lies.

You embarked on a fairly epic international tour with Terminus last year? That must have been an exhilarating yet demanding experience. How does it compare with performing in The Abbey on home turf?
Performing in the Abbey Theatre is always a great honor, the oldest state subsidized theatre in the world where so many great writers and actors have worked, and to be a part of this production of what I feel is a masterpiece by one of iIrelands greatest writers Tom Murphy is a joy. Touring Terminus was a great experience too, traveling across America and playing in the Sydney opera house was an unforgettable experience and to be taking the work of Mark O Rowe, one of Ireland’s best and most exciting and original young writers to a new audience was fantastic, if exhausting. Traveling from Chicago to philidelphia to Boston and playing a couple of nights in each venue then moving on is demanding in it’s own way. Living in hotels for 6 weeks not being able to cook or relax in a way that you can when at home can be tough, but getting to experience the reaction to fresh Irish work from forign audiences is wonderful.

Thomas Kilroy has written on the generation of Irish playwrights who were born out of the harsh conditions of the 50s – he included Tom Murphy in this wave. Do you feel as though we are experiencing a similar occurrence in Irish Theatre now?
I think that theatre is uniquely placed to respond quickly to the changes that are happening in Ireland, and I have no doubt that we will see creative explorations of our present difficulties and more importantly what led us to this place over the coming years. It is at times like this, when people are questioning our collective responsibly for what we chose to prioritize over the last 15 years that culture , and particularly theatre, can offer an alternative forum to newspapers and news media when exploring what Ireland is in 2012 and what it can be in the future.

The above “Entertainment.ie” can be accessed online here.

Actor Bio: Declan’s appearances at the Abbey and Peacock Theatres include “True West”, “All My Sons”, “Henry IV”, “A Whistle in The Dark”, “Famine”, “The Hamlet Project”, “The Last Ones”,”The Patriot Game” and most recently “A Month in the Country”. He also appeared in Rough Magic’s new production ‘Improbable Frequency’ for the Dublin Theatre Festival (2004) which transferred to the Abbey Theatre in 2005. Other theatre work includes: “The Walls”, “The Ends of The Earth”, “The Machine Wreckers” (Royal National Theatre), “As You Like It”, “La Lupa”, “The Mysteries”, “The Spanish Tragedy”, “Henry VI Part III” (RSC), “Macbeth” (West End), “Our Country’s Good” (Young Vic), “Juno and The Paycock” (Gaiety), “Decadence”, “Hamlet”, “Endgame” (Naked Theatre Company), Rough Magic’s “Copenhagen” and “The Book of Evidence” (Kilkenny Arts Festival/Gate Theatre), “True West” (Lyric, Belfast), ‘Heavenly Bodies’ directed by Lynne Parker, Television includes: “Proof”, “Anytime Now”, “Bachelor’s Walk”. “Hot House”, “Dangerfield” and “The Family”. Film includes “All Souls’ Day” and “The Truth About Sex”. Declan recently appeared in ” Julius Caeser”, at the Abbey Theatre and most recently appeared as John Proctor in Patrick Mason’s acclaimed production of “The Crucible” at the Abbey Theatre and appears as Mendoza, in “The Tudors”, Season I, (Showtime/Working Title).