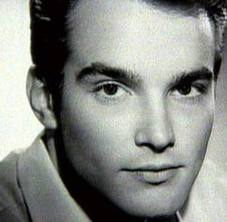 Phillipe Forquet was born in Paris in 1940.   He made his film debut in 1960 in “La Menance”.   In 1963 he starred opposite Jean Seberg in “In the French Style”.   In the same year he travelled to Hollywood to make the comedy “Take Her, She’s Mine” with James Stewart and Sandra Dee.   He returned to filmmaking in France.   In 1971 he made another trip to Hollywood to make “The Young Rebels”.
IMDB entry:

In 1962, as a member of the celebrated Theatre Moufftard in Paris, young Phillipe Forquet was discovered by American director, _Robert Parrish, who gave him an important role in a movie based on Irwin Shaw’s novel, In the French Style (1963). Learning English as he went along, he played the handsome and somewhat naive younger boyfriend ofJean Seberg, who had won popular acclaim in France when she starred in the Otto Preminger film Saint Joan (1957). She was very popular in France.

Attractive French movie stars were very prevalent in Hollywood throughout the 50s and 60s. Maurice Chevalier, Yves Montand and Brigitte Bardot were household names and a new generation of new European ‘hotties’ were coming up such as Jean ‘Paul Belmondo’,Alain Delon, Catherine Deneuve and Louis Jourdan. Highly regarded for his extraordinary good looks, Forquet was spotted by producers at Twentieth Century Fox, and was offered a contract. In 1962 he was flown to Hollywood to be groomed into the new French Heartthrob.

His first role was as a French artist and love interest in _Take Her, She’s Mine (1963)_, also starring James Stewart and Sandra Dee, a very popular teen star at the time who was married to Bobby Darin. Rather shy and introspective, intelligent and well read, the young Philippe began life as a rising movie star. His dark good looks, sharp wit and Gallic charm caused quite a flurry among the ladies. He received thousands of fan letters a week and was featured in fan magazines. He was being hailed as a new Montgomery Clift.

While working on the film, he fell in love with a young starlet, Sharon Tate, who was also under contract to a studio and they became formally engaged. They eventually broke the engagement as the pressures of her rising career began to interfere with their personal lives. As a result, he broke his contract and decided to go back to Europe.

He was type cast several times as a French aristocrat. In the cult film Camille 2000, he played the darkly handsome and dangerous Count De Varville. He played against ‘Rod Steiger (I)’ in the Russian co-production, _Waterloo_ as the Duc De LaBedoyere, the Generals aide De camp.

He did return to Hollywood in 1970 to star in the ABC TV Series, The Young Rebels(1970) produced by Aaron Spelling. As yet another French nobleman, he played the American Revolutionary War hero, General Marquis De Lafayette. He received thousands of fan letters and was featured in many fan magazines as the new French heartthrob again. Girls found his dimples and French accent “devastating.” They sent for posters of him and entered contests to win a date. The series, which was running against Lassie and Disney, rated third in the 7:00 time slot on network TV. It was canceled after one season.

He and Linda Morand took time off and got married. They traveled throughout Europe. Forquet paid less attention to his acting career and became involved with his family businesses. By the mid-Seventies he was retired from acting. The couple divorced amicably in 1976. He now he lives a quiet life in France, remarried with three children

This youthful, darkly handsome actor played smooth, continental lovers in the 60s but his career lost steam come the decade’s end. Was for a time engaged to Sharon Tate.
He is a titled count. His full title is Phillipe Forquet Viscount de Dorne.
Has a great sense of humor and delighted in playing jokes on his friends.
Philippe is an excellent chef, accomplished equestrian, and student of languages. His English, learned in about a month of cramming for his first major role, was perfected and he speaks, reads and writes it fluently.
Long retired from show business, he lives in San Quentin, France, where he manages the family estate.
He succeeded his struggle against a cancer.
The above IMDB entry can also be accessed online here.